Ocean Grove on the Jersey Shore: An American Dream

The quiet town of Ocean Grove is located on the Jersey Shore, the no.1 destination in the State of New Jersey. Visitors are welcomed with blue skies, a refreshing breeze and 204 kilometers of white sandy beaches. An American holiday vacation that is mainly one thing: truly American.

Each summer the Jersey Shore attracts thousands of vacationers from the east coast. Only 60 miles away from New York, the cozy coastal region is and almost something of an institution. And if there would be a backdrop of skyscrapers along the beach you could easily think you are in Miami South Beach, so shallow is the water, so long the beach and so wide the promenade. 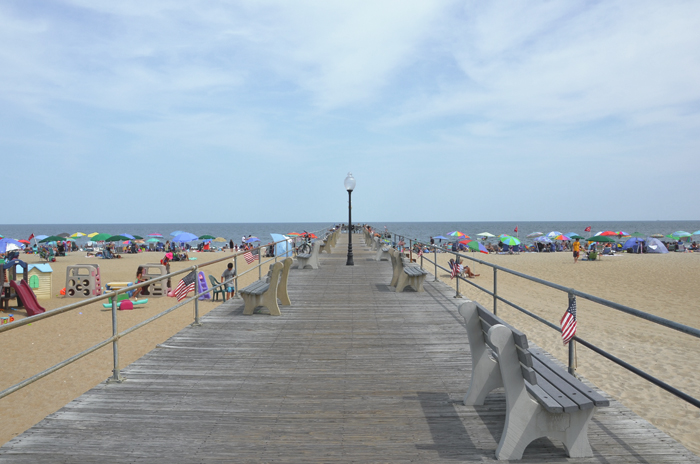 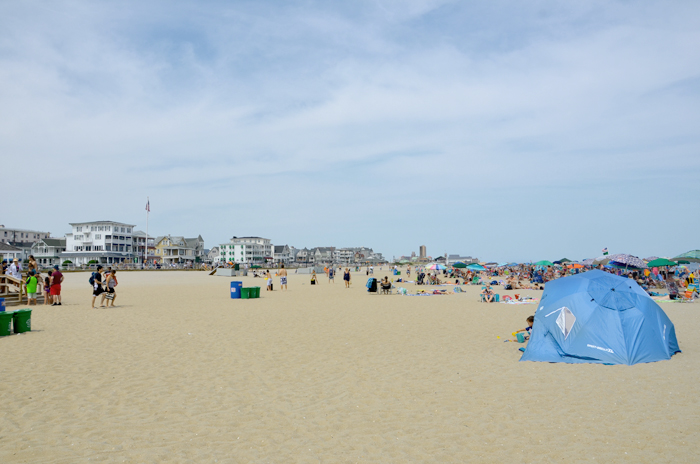 This is the place where big American families love to spend the hot summer days, those days when they arrive early in the morning to make sure they get a parking lot and when they stay until late afternoon to make sure they enjoyed even the last rays of sunshine. After hours of burning sun, when the skin starts to hurt. Because on most summer days the cool breeze feels so refreshing that you don’t really recognize the scorching sun. 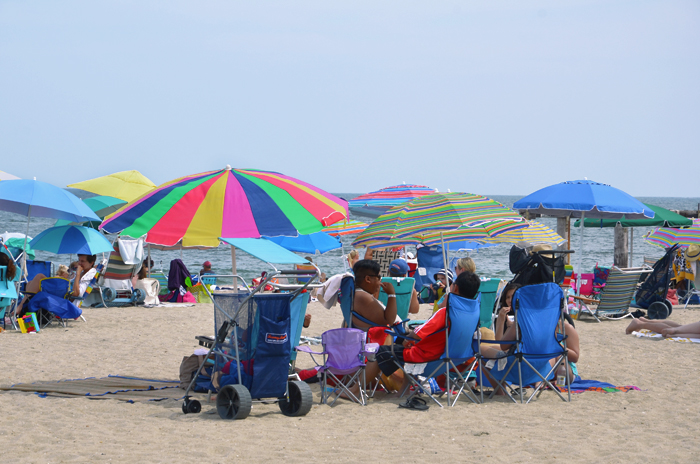 And so they all sit here on their camping folding chairs and chatter all day long, the wizened grandmother as well as the overly creamed baby’s bottom next to her on the towel, preoccupied with itself.

That is the way it works around here, a place so far from all the excitement of Atlantic City in the south, so far away from the excess and casino madness. Here, there is one quiet little town lined up next to the other and they all nestle up to the the long sandy beach.

Just like Ocean Grove, an almost cozy beach town where one can rightly claim after less than 30 minutes walking leisurely, that you’ve seen it all. And then again it’s not surprising that the town is so incredibly small. There are tiny restaurants with wooden crate next to even smaller souvenir shops selling shells and starfish. And there is one street cafe next to the other and no Starbucks anywhere. 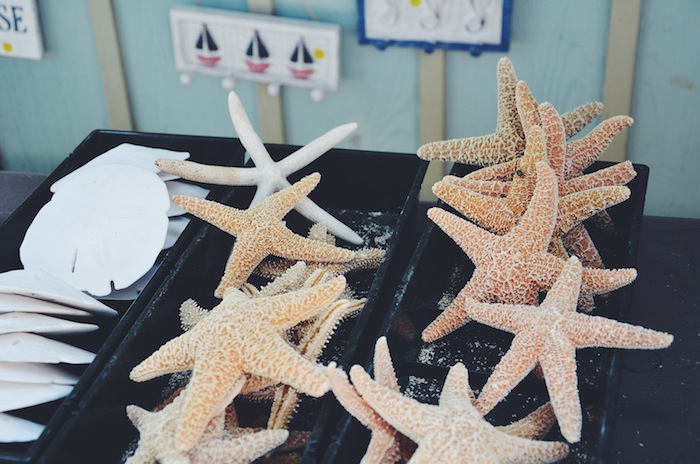 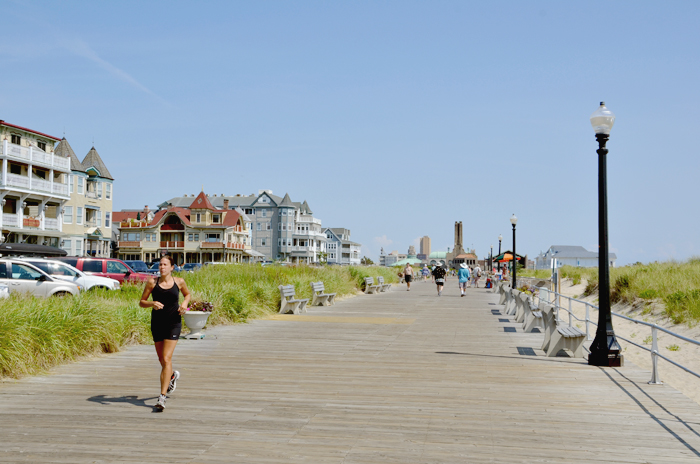 Easy-going, to live and let live is the motto here in Ocean Grove. The people go jogging along the beach promenade or take their new bike for a ride. They have a hot dog or a Philly cheese steak sandwich at the beach hut next door, take a walk to the quaint ice cream shop around the corner and go wave jumping into the sea. And then the whole procedure begins all over again. That is the way things happen here in Ocean Grove. 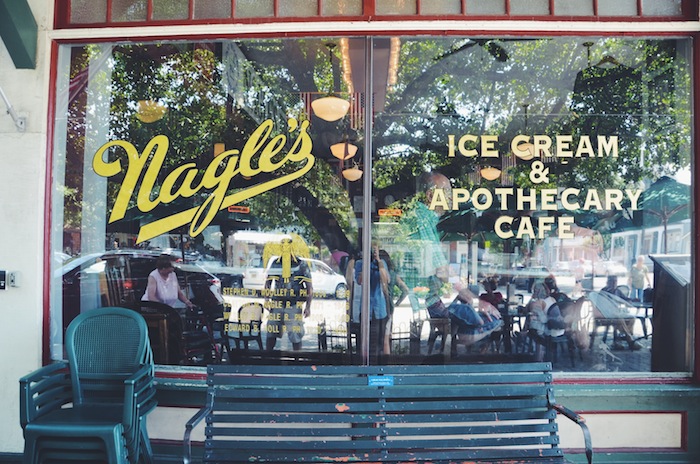 What makes Ocean Grove particularly cute are these playful wooden houses that are lined up along the beach promenade and in every cross street. They represent some of the finest examples of Victorian architecture. One finds pompous houses built entirely of wood with magnificent porches and lavish ornamentation. Beautiful and somehow miraculously. 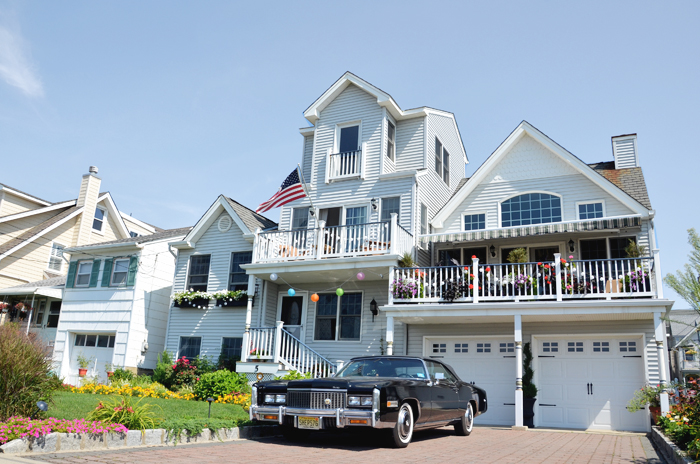 The extensive restoration and re-establishment of most houses is clearly visible. Only a few have developed their very own charm; well, the ravages of time continuously gnaw on them.

Those who can not get enough of that charm, can rent one of those houses and spend the whole summer living their dream. Other houses have even been converted in first class hotels. 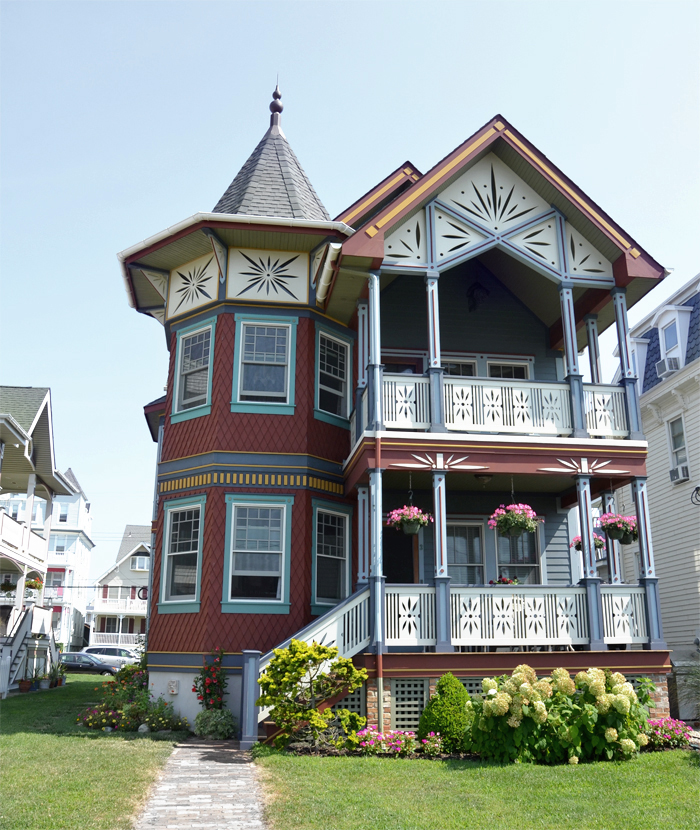 One thing is abundantly obvious in Ocean Grove: the American national pride, than can be seen on every second house: high up on the handsome flag, which of course is hoisted in front of the house and carried by the wind in the best film style, not too fast, not too slow, but in just the right speed, as if to say: “look here! Look! At! Me! U! S! A! “ 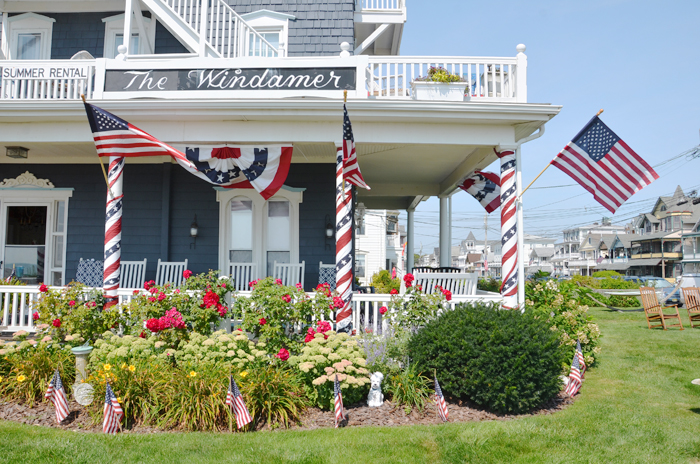 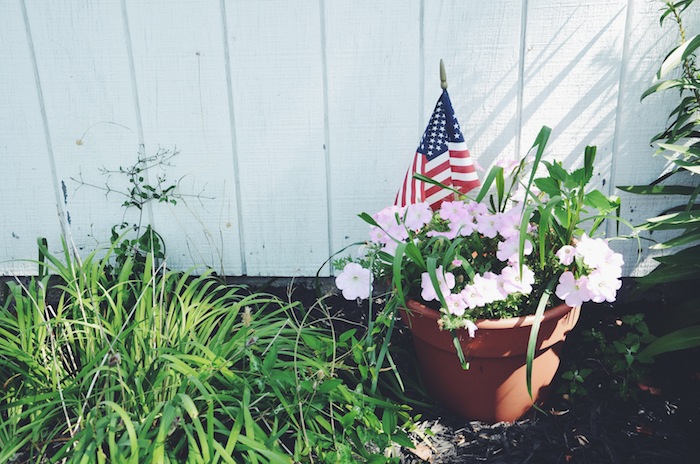 But that is not the only place where one can find the national pride, for example in the porch where the Stars and Stripes act as a magnificent garland or as subtle exclamation of national consciousness in the planter – the star spangled banner is used everywhere.

And then you stand there after a day in Ocean Grove, this wondrous area on the East Coast. Then you stand there in a T-shirt that smells of the sea, with grains of sand in the eyes and the noise of the Atlantic in your ears. You stand there something lost between Victorian art and pure tranquility of sand. You scrape the sea salt from your forearm and don’t really know where to put your thoughts. Maybe to the next hot-dog stand?

So that’s the famous Jersey Shore. Where America is on vacation and yet always faithful to his own. Where America goes swimming. If only for a select few days a year.

More Articles on US Travel: